Dr. Timkehet Teffera Mekonen is an Ethiopian ethnomusicologist who studied at the Humboldt University of Berlin from 1988-1999 and successively obtained her Bachelor followed by her MA (1994) and Ph.D (1999). From 2004–2007 she conducted a comprehensive research in East Africa as fellow of the German Research Association (DFG) and affiliate of the Martin-Luther University of Halle-Wittenberg (MLU) focussing on aerophones. Her fieldwork in five East African countries in 2005, enabling her to explore a large number of musical cultures in the communities inhabiting this region, took her to Uganda, Tanzania, Kenya, Ethiopia and the Sudan.

Dr. Teffera Mekonen conducts major research area of the East Africa and her broad and extensive fieldwork and scientific investigations have focused on regional research; musical cultures of migratory groups in Europe, popular music, African music history in the seventh century, the slave trade, and European colonization, popular music history, e.g. the evolution and hybridization of music; studies of repertoire, e.g. wedding music. Another broad field of research activities is dedicated to aerophone ensembles among East African communities; and systematic overviews about musical instruments.
Timkehet’s academic researches have so far dealt with the investigation of numerous music traditions of Ethiopia in particular and East Africa in general. Her publications (books and articles) resulting from the past several decades of ethnomusicological studies have been very instrumental to introduce and promote the music cultures, among others, of the Nymang, Baganda, Basoga, Wasambaa, Giriama, Digo Harari, Tigray, Amhara, Oromo, Shinasha, Berta, Mao, Komo, Gumuz, Maale and the Ari residing in Sudan, Uganda, Tanzania, Kenya and Ethiopia. Dr. Teffera Mekonen is an active member of a variety of international organizations. 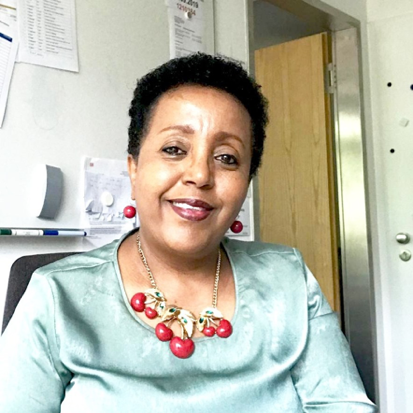