Chair of the Board of DirectorsMusic Art and Performance

Ms. Danica holds a Master of Arts in piano performance and was the recipient of a graduate fellowship for her master’s studies in the United States. As a pianist raised and educated in Belgrade (Serbia), she was privileged to be accepted at the Moscow’s Academic Junior College in Association with Tchaikovsky Conservatory, completing a specialization in piano performance.

While studying in the United States, she was the recipient of a grant for the most outstanding student performer, which allowed her to teach a master class to undergraduate students at the University of San Jose, Costa Rica as a part of the 5th Compositional Musical Seminar 2006.

She has performed in Serbia, Russia, USA, and Central America as a solo pianist, chamber musician, and both instrumental and vocal accompanist.

Because of her extraordinary dedication to contemporary music of younger generation of composers, Ms. Borisavljevic commissioned and premiered numerous solo piano works as well.

Her performances have been reviewed by Beacon, Florida International University’s newspaper, as a “surprising spectacle” and Boston Globe: “Here, too, Murail was an exemplar; his “Winter Fragments” (…) electronically opened out a sextet into gorgeous, deep-focus, prismatic topography”.

Ms. Borisavljevic serves as the Chair of the Board of Directors at the New York Institute for the Humanities and Social Studies. 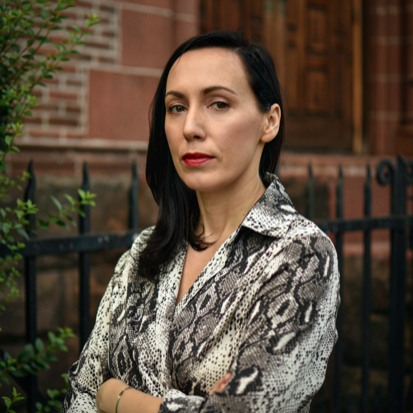